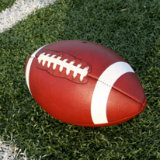 Déjà vu!  In the early ‘70s, when I was a working at a large corporation, workplace rules were beginning to be
rewritten to prohibit sexual harassment.  Many “men” in the workplace at the time were up in arms – it was totally"
unfair and the new rules didn’t reflect how things “really were.”  Everything from “They like all the attention” to “All
they have to do is say no, just like a man would do.”  Fast-forward and the story is repeating itself, this time in
“professional” football.

In case you haven’t heard, a 6’5” 312 lb. second -year lineman on the Miami Dolphins, Jonathan Martin, has
accused a 6’3” 319 lb. veteran lineman, Richie Incognito, of bullying.  The facts are not clear, but it appears
that Incognito has been harassing Martin with threatening, vulgar, racist emails and Martin finally had enough.
He left the team for “health” reasons, which was then followed by Incognito being suspended by the Dolphins.
The NFL is now investigating.

We don’t know all the facts, but we do know what is being said by a lot of players and sports writers.  Many
players are blaming Martin for “breaking the locker room code” by complaining.  Hazing of first-year players,
and others who don’t conform, is apparently common – “It’s just the way it is in an NFL locker room” say many
former and current players. What Martin experienced is just “high-testosterone, male horseplay” and he should
“man-up” and take it.

Martin is clearly different than many players in the NFL.  He is a very good football player, but his parents are
Harvard educated and he grew up in Beverly Hills.  He majored in classics at Stanford and loves poetry
(Incognito called him a “Wierdo-nerd).  Apparently he tried to play along with all the “macho” hazing, but finally
reached the breaking point. Now instead of being seen as the victim by many of his “professional” peers, he’s a villain.

Whether the players and fans like it or not, the NFL is a professional workplace, and the same standards of mutual
respect and freedom of harassment should apply, just as they apply at WM. You think the players, like Incognito, could
make it in business? Hopefully the NFL/Martin/Incognito saga will serve as a reminder to all of us in the real working
world that every person – despite race, color, religion, sexual preference, gender, or love of poetry – deserves respect
and must be able to work in an environment that’s free of harassment.

And certainly standing up for one’s rights when a person feels persecuted is not breaking any “code.”  It’s time the NFL
and its players follow the lead of real businesses – like us.