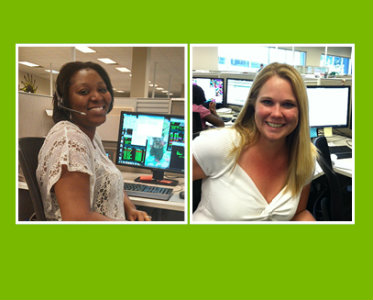 Phoenix – Inside Commercial Representative Nicole Linthicum was doing a side-by-side
training session with Tracie Rossiter, a new hire for Waste Management who was learning
the ropes of resolving customer service matters.

By the end of one particular call, Rossiter was so impressed with Linthicum’s handling of
the situation that she wrote a note to a trainer for the Phoenix Service Center.

In it, Rossiter wrote: “I want to thank you so much for the time I spent in a side-by-side. I
was really impressed when a customer called in about an account being canceled. She
stated that her husband paid the bill and had not received a bill since starting service.
With a little research, she found the billing address was off by one number and payment
had gone to an old account.”

“Nicole explained to the customer what happened, then credited the account appropriately.
She then explained to me how she found the mistake and corrected it.”

Great to see employees in Phoenix supporting one another!