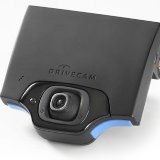 WM recognizes one year of DriveCam

HOUSTON – It’s been approximately one year since Waste Management began installing DriveCams inside
its fleet of collection trucks. Using this equipment, the company is able to record events — such as sudden
movements, erratic driving, speeding and collisions — that can then be used as a tool to improve safe operating
practices through awareness and coaching.

“Safety has always been our number one priority, but with DriveCam we’ve taken that philosophy a step further,” said
Jeff Martin, vice president of Waste Management Safety Services. “Because of this program, workers are going
home in the same condition as when they left, and as a result we’re seeing tremendous operational improvements.”

Since its launch, units have been installed in approximately 15,000 vehicles. How has DriveCam done? Check out
some of these statistics:

There’s also evidence showing that DriveCam is creating an effective coaching environment. For example, because of
the efforts of managers, more than 70 percent of the riskiest drivers identified by DriveCam in the first few months of 2013
showed significant improvement when reevaluated this past quarter.

In addition, approximately 82 percent of WM drivers did not have a coachable event during the last month, which is
instrumental in saving lives and contributing to significant cost savings. It’s results like these the company had hoped for
when the program first launched.

“Being a behavior-based safety company, Drive Cam has allowed us to continue to build our driver’s knowledge of safe
operating practices while improving Route manager’s coaching effectiveness simultaneously,” Martin said. “Coaching
is essential to our overall success, including Service Delivery Optimization (SDO) and employee development.”